“A Special Moment in Time: 1988 Fall Semester in London”

The 20th anniversary of Pan Am Flight 103 in 2008 saw a return to campus of many Fall 1988 London alumni. Their expression of continuing love of and devotion to their fellow students lost in the tragedy propelled this 2009 exhibition.

The Syracuse University Archives decided to create an exhibition that focused not on the tragedy or aftermath of Pan Am Flight 103 but rather the joy and camaraderie of the time the SU students spent with their fellow students in London that year. At the Archives' request, Fall 1988 London alumni and families of students who were Pan Am 103 victims loaned photographs and sent digital images of the students' time in London. From selected images, six collage panels (shown below) were created and displayed in the Noble Room in Hendricks Chapel.

The panels seek to accentuate the life that was lived, not the tragedy that followed. No one is personally identified as a victim or a survivor. They all appear as a group, the way they were then and still are in our collective minds and hearts. 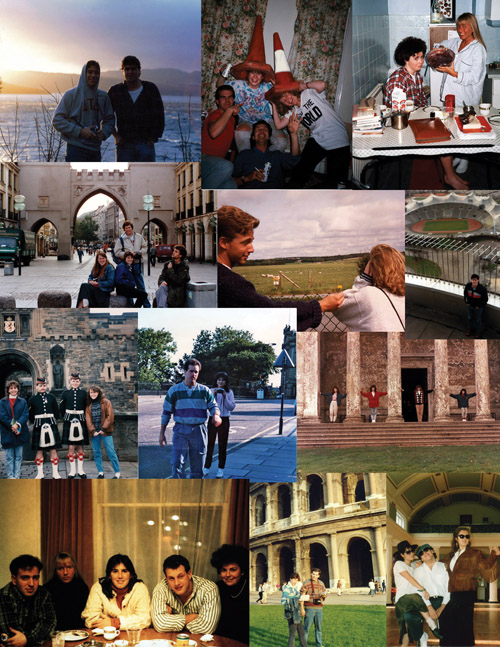 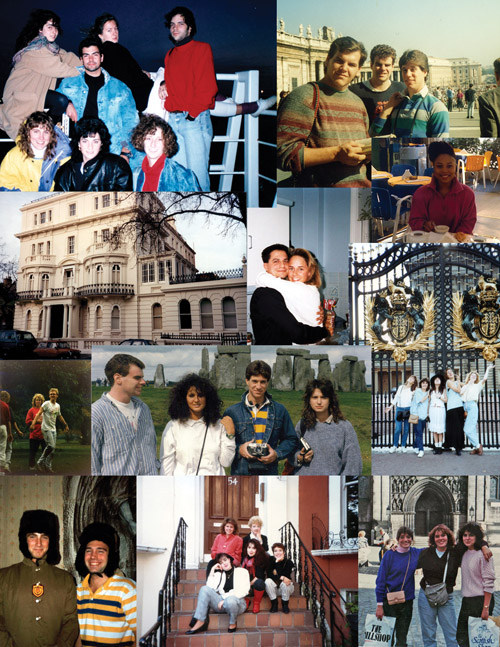 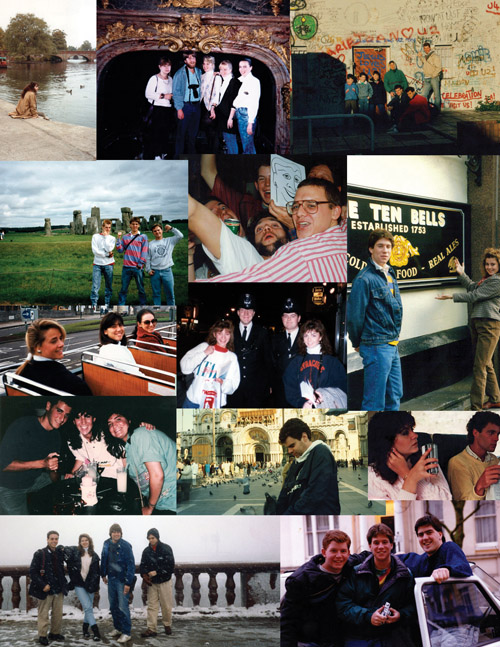 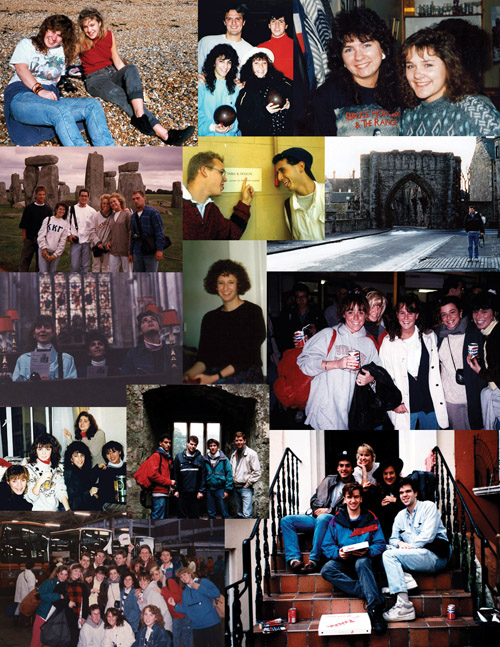 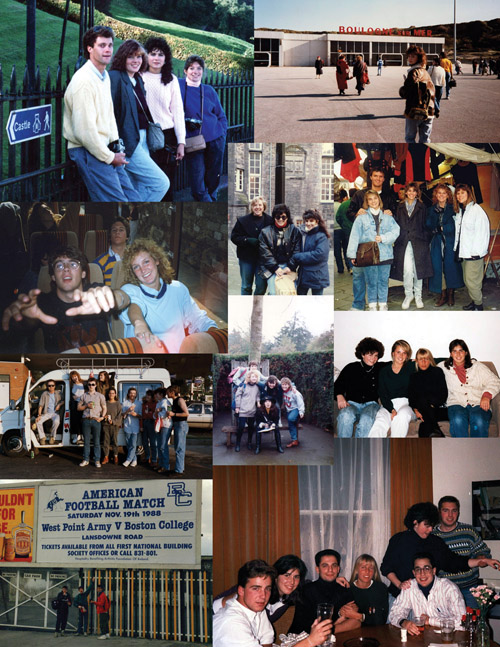 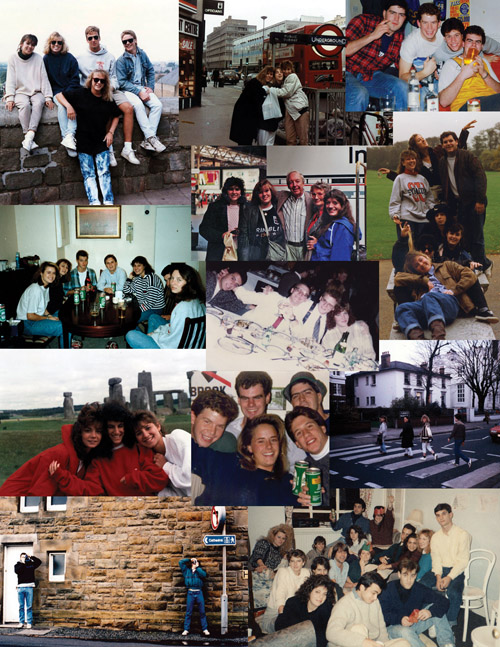